Home » Spectro Broadband LED Series Is Most Powerful Ever

Spectro Broadband LED Series Is Most Powerful Ever

OUDE MEER, THE NETHERLANDS – Ushio Europe are proud to announce the worldwide release of their new Broadband LED Spectro Series. Capable of producing the world’s highest optical pulse output of 160mW at a wide bandwidth of 500nm-1000nm, the latest addition to the epitex LED brand saw great success during its pre-release at the end of 2018. Following excellent feedback from the lucky companies who got their hands on the first shipment, Ushio has now manufactured enough stock to meet the growing demand for such solid state lighting (SSL) components.

Developed by Japanese sister company, Ushio OPTO SEMICONDUCTORS INC., the Spectro Series is already proving to be popular in the fields of food production and medicine. The absorption characteristics of near-infrared (NIR) light differ from one substance to another, so these devices lend themselves well to applications such as determining the type and quantity of a substance. This could be for checking the sugar content of a soft drink, or even checking blood oxygen saturation levels. Further applications are sure to follow, as the output also includes light wavelengths in the visible spectrum. Roughly matching the spectral sensitivity of the silicon photodetector typically employed in a CMOS device, it is thought that combining these light-emitting diodes with photodetection devices would allow efficient machine vision. This has, of course, infinite possibilities attached such as the sorting of items by material, colour, or the detection and removal of foreign matter from a production process.

As miniaturisation abilities continue to evolve, the desire for increasingly portable devices has become an outright demand. Until recently, many LEDs on the market were able to eliminate the bulky size and excessive heat issues that are synonymous with halogen lamp solutions; but they were only able to offer a relatively weak output in comparison. That is no longer an issue thanks to the introduction of the Broadband LED Spectro Series, as plenty of light is emitted, making accurate measurement a reality. There is no need for a heat dissipating jig; nor will multiple LEDs be required to cover polychromatic wavelengths, thanks to the implementation of a fluorescent material which features a continuous spectrum extending from visible light to near-infrared light.

The Ushio epitex Spectro Series expansion will be available in multiple forms, from various packages to “Chip on Board,” at the request (output, light distribution, and size of the light source) of the customer. 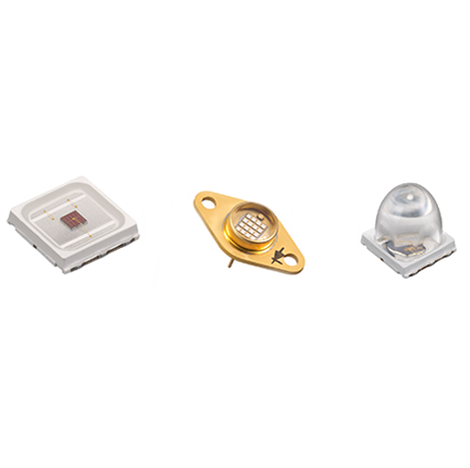