Oude Meer – BLV Licht- und Vakuumtechnik GmbH, a daughter company of Ushio Europe B.V., has announced the appointment of Dragan Šimšić as Sales Director of Horticulture, effective 1 September 2019. Joas van Iperen, the incumbent holder of the position, will remain in position until that date before stepping down to take on a new challenge.

Mr. Šimšić is a worthy successor to Mr. van Iperen, with over 20 years of experience in the horticultural lighting industry. BLV have had Mr. Šimšić in their service for the past three years, but this new role as Sales Director will allow him to further spread his vast knowledge across all areas of the business. Over the years, he has held positions as a Product Manager, worked in New Business Development, and was regarded as a high-performer in Research and Development (R&D).

At the dawn of his career, Mr. Šimšić began by working at Indal, a leading Spanish professional lighting company with a primary focus on public and industrial lighting solutions, between 1998 and 2015. With heavy involvement in horticulture since choosing his vocation, Mr. Šimšić decided to explore the world of indoor lighting for one year, before finding the draw back to horticulture too much to resist. It was at this point, in 2016, that he took his first position at BLV and began working his way up to his current position as Business Development Manager for Aquaristics, Horticulture, and Animal Breeding.

As part of the Ushio Europe Group, BLV acquired its own daughter company, Natrium, in 2006, before rebranding the Błonie Pass-based subsidiary as Ushio Poland in 2016. With production facilities now operating in Germany and Poland, BLV’s hi-tech R&D team continues to make improvements to their existing lamp solutions, while making excellent progress at the forefront of next-generation LED systems. The emerging demand for LED solutions is picking up speed for BLV, thanks to the fine reputation the company has fostered by providing its high quality lamps since 1968.

Nils Büker, Ushio Europe’s Senior Director, congratulated Joas van Iperen on his impact as BLV gained significant market share during his tenure, “Firstly, we would like to thank Mr. van Iperen for his dedication to BLV, and congratulate him on really making this role his own. During his time with us, he laid the groundwork that has secured a respectable position for us going forward and we wish him all the best as he starts a new chapter in his career. Now we look forward, and hope to expand on the hard work that he accumulated over the years.” Mr. Büker believes that Mr. Šimšić will have a key role to play as BLV looks to expand on its already exceptional reputation:

“Having worked with Dragan Šimšić for a few years now, I can safely say that he is more than capable of blooming the aquarist and horticultural lighting sales for BLV. Undoubtedly, his mere presence will bring new energy to our offices in Germany, Poland, and the Netherlands. What impresses me the most about Dragan? His resolute professionalism, coupled with a voracious enthusiasm for horticulture, endows him with a distinct ability to unify the BLV team under his leadership. We anticipate a successful start for him next month, and look forward to a long and fruitful future for Dragan and BLV.”
– Nils Büker, Senior Director, Ushio Europe Group

On accepting the position, Mr. Šimšić was keen to express that while BLV are in a very strong position, he expects that the encouraging state of the business can bring further improvement in the near future. “The eyes of the horticultural world are always on the Netherlands, so I am of the opinion that if you can make it here, you can make it anywhere. We have a firm footing here, as well as in the markets across the world. Thanks to the hard work of Mr. van Iperen, I inherit a legacy that includes a solid foundation and a great market share. We have good relationships with our partners, and I see that we command a lot of respect, particularly in the horticulture and aquatic lighting spheres.”

“Of course, you can never rest on your achievements. It is my intention to not only increase our market share and reinforce our foundation within the industry, but also build on the brand recognition for BLV as a heavyweight within this business. Through a continuation of our hard work, further unification of our production efforts in Germany, and the spread of the BLV brand across the world, I expect to see an encouraging increase in sales across the board.” 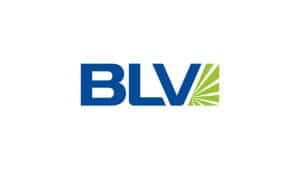