Ushio Opto Semiconductors, Inc. (Head Office: Tokyo, Managing Executive Officer: Hiroaki Banno), a wholly-owned subsidiary of Ushio Inc., will release a new red laser diode HL63520HD(638 nm) for laser projectors in April 2019 that achieves the world’s highest pulse optical output power1 of 3.5W2. The product will be exhibited at the company’s booth and a presentation will be given at the Photonics West 2019 to be held from February 5 (Tuesday) to 7 (Thursday) at the Moscone Center in San Francisco, U.S. The use of laser projectors is increasing due to the lower total cost of ownership achieved by a longer lifetime than that of conventional lamp projectors, the elimination of the need for lamp replacement required, and, in particular, the ability of laser projectors with a red laser diode incorporated into the light source*3 to efficiently achieve excellent color reproduction. However, projectors with a red laser diode have the following challenges.

1.Achieved the world’s highest pulse optical output power of 3.5W and realized the MTTF*4 of over 20,000 hours.

2.Achieved the world’s highest power conversion efficiency of 43%*5 which contributes to the simplification of the cooling system by reducing power consumption.

3.Achieved the world’s highest optical output power of 2.4W even in CW operation*6 and realized the MTTF of over 20,000 hours. It can be incorporated into projectors in both pulse and CW operation modes. 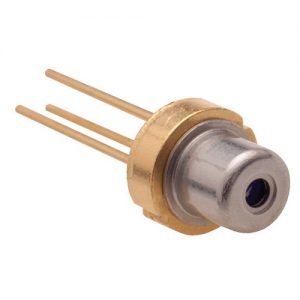